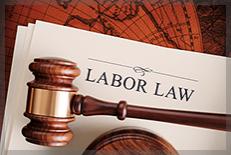 The Department of Labor's Office of Federal Contract Compliance Programs (OFCCP) enforces the Executive Order 11246, as amended; Section 503 of the Rehabilitation Act of 1973, as amended and the affirmative action provisions (Section 4212) of the Vietnam Era Veterans' Readjustment Assistance Act, as amended. Taken together, these laws ban discrimination and require Federal contractors and subcontractors to take affirmative action to ensure that all individuals have an equal opportunity for employment, without regard to race, color, religion, sex, national origin, disability or status as a Vietnam era or special disabled veteran.

OPERATION OF THE EXECUTIVE ORDER PROGRAM (THE EEO CLAUSE)

The equal opportunity clause requires that the contractor will take affirmative action to ensure that applicants are employed, and that employees are treated during employment, without regard to their race, color, religion, sex or national origin. American Indian or Alaskan Native, Asian or Pacific Islander, Black, and Hispanic individuals are considered minorities for purposes of the Executive Order. This clause makes equal employment opportunity and affirmative action integral elements of a contractor’s agreement with the government. Failure to comply with the non-discrimination or affirmative action provisions is a violation of the contract. A contractor in violation of E.O. 11246 may have its contracts canceled, terminated, or suspended in whole or in part, and the contractor may be debarred, i.e., declared ineligible for future government contracts. 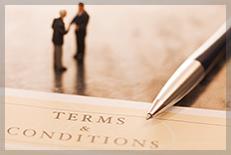 Non-construction (service and supply) contractors with 50 or more employees and government contracts of $50,000 or more are required, under Executive Order 11246, to develop and implement a written affirmative action program (AAP) for each establishment. The AAP is developed by the contractor to assist the contractor in a self-audit of its workforce. The AAP is kept on file and carried out by the contractor; it is submitted to OFCCP only if the agency requests it for the purpose of conducting a compliance review.

The AAP identifies those areas, if any, in the contractor’s workforce that reflect utilization of women and minorities. The regulations at 41 CFR 60-2.11 (b) define under-utilization as having fewer minorities or women in a particular job group than would reasonably be expected by their availability. When determining availability of women and minorities, contractors consider, among other factors, the presence of minorities and women having requisite skills in an area in which the contractor can reasonable recruit.

Based on the utilization analyses under Executive Order 11246 and the availability of qualified individuals, the contractors establish goals to reduce or overcome the under-utilization. Good faith efforts may include expanded efforts in outreach, recruitment, training and other activities to increase the pool of qualified minorities and females. The actual selection decision is to be made on a non-discriminatory basis.

In carrying out its responsibilities, the OFCCP uses the following enforcement procedures: